The Cardano blockchain now hosts over half a million unique wallet addresses, with the number growing each hour. The significant growth in new addresses on the network was partly fueled by the upgrade to Daedalus which will introduce native-asset support to the wallet.

With the clock counting down the final hours before the Mary hard fork, the Cardano network reached two major milestones that are set to propel the network to the top of the industry.

IOHK, the company behind Cardano, announced today that it has released the first version of the Daedalus wallet with multi-asset support. According to the company’s release, the Daedalus v. 4.0.0-RC1 was released to the Cardano public testnet on Mar. 1.

Later in the day, the company is set to release a Daedalus Flight wallet timed with the Mary Hard Fork Combinator (HFC) event. The rest of the market, however, will have to wait a bit before the full version of Daedalus is released. IOHK said that the wallet will be fully released after final user experience testing with the Flight community and any last-minute UI tweaks.

Daedalus is the most popular Cardano wallet. The current version will enable developers and stake pool operators (SPOs) to test sending and receiving native tokens alongside ADA. Once the wallet is fully released, it will also feature a brand new interface and UI.

Half a million unique wallet addresses on Cardano await for Mary

Just as IOHK announced the latest version of Daedalus, the Cardano network crossed another major milestone. While it’s hard to pinpoint a single factor that contributed to the massive rise in users on the blockchain, the upcoming Mary hard fork and increased functionality of the network could be the ones to blame.

Further data from AdaPools and AdaStat showed that the average amount of ADA per delegated wallets has been steadily decreasing this year, further strengthening Cardano’s decentralization and distributing power to a large number of network participants. 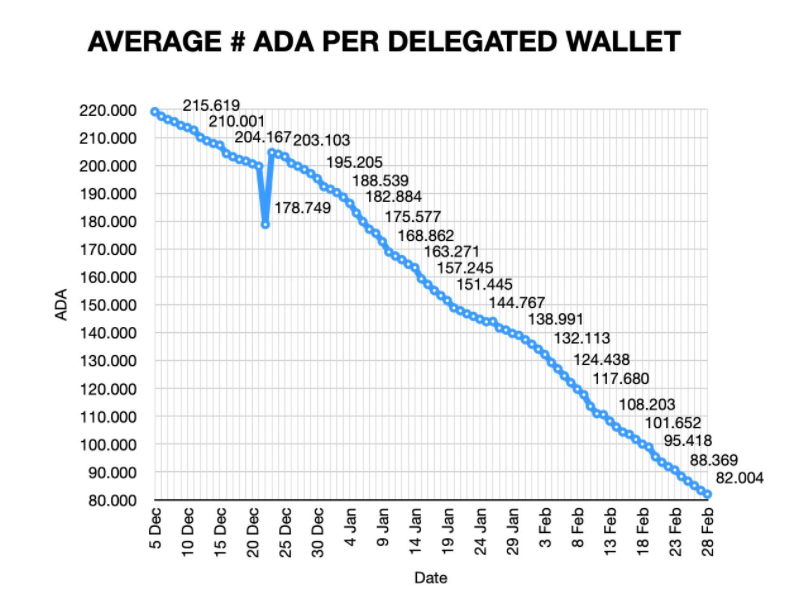